When Wilson Mulenga Mukobe started work with Farm Depot he was just a General Worker (a loader) living with his parents, wife and one child. Wilson never anticipated being anything but a general worker until he came to Farm Depot. His life has since changed drastically, in a way he never imagined.

He worked hard as general worker who was pleasant to the customers and fellow employees. He showed a lot of interest serving the customers and learning the sales system. He slowly started assisting the Kitwe Main Store Manager.

Management recognized his interest and hard work and noticed how he treated and handled customers. He was very surprised and happy when he was interviewed for an Assistant Shop Manager position. He was then promoted from general worker to assistant store manager, the position which he held for 10 months and was promoted to Store Manager.

He is now the bread winner in the family. He has managed to buy a plot and he is saving money to renovate his unemployed parents’ house. With his new position and responsibilities, he has even stopped drinking and is focusing on building his life and that of his family.

He is very grateful to Farm Depot Management and his follow employees for their support and encouragement.

Well done Wilson, we are proud of what you have achieved and look forward to seeing what the future holds. 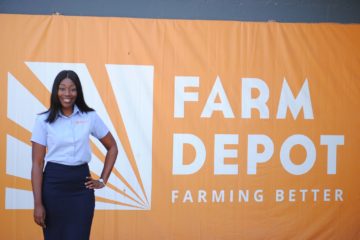 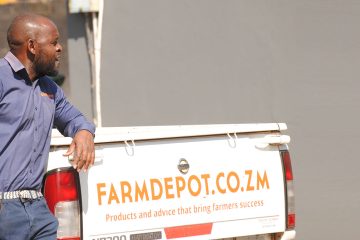 Farm Depot Technical Adviser “I, Kelvin Swana joined Farm Depot in 2012 as a shop assistant/loader. I assisted the shop keeper with selling and also loaded products for the customers at our Wusakile outlet in Read more… 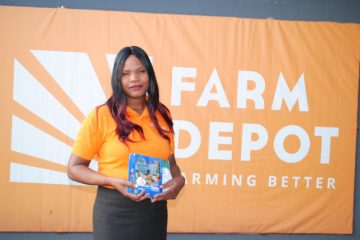 We would like to honour another member of the Farm Depot team: Feminent Syamangende, our Stores / Warehouse Manager. “Since joining Farm Depot I have seen a great change in my life. I joined Farm Read more…